When Luke Tyburski’s dream to play professional soccer on the world stage disintegrated after a series of debilitating injuries, he had no back up plan – his career and everything he’d worked for was over. Luke recovered physically to reinvent himself as an ultra-endurance adventurer and discovered his superhuman ability to withstand both extraordinary conditions and excruciating pain.

But, it’s the remarkable secret behind Luke’s reinvention that sets this story apart. For years, Luke concealed a diagnosis of clinical depression and his determination to overcome the private torment of his illness is as inspiring as it is heartbreaking.

Collaborating with writer Jane O’Connell, Luke opens up about for the first time about how he persevered through some of his darkest moments and how close he came to paying the ultimate price.

The Observation of Beautiful Forms

‘The migraineur is, in a way, a strange breed of flâneur, but rather than strolling the boulevards of charming cities, enjoying Renaissance architecture or bohemian street art, we must traverse strange neuro-psychic landscapes strewn with visual distortions, unable to make sense of the colours and shapes.’ 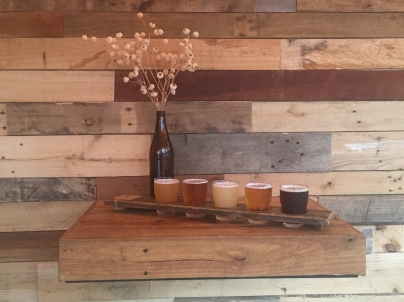 Much ado about the brew

It is often said that necessity is the mother of invention, so when Jacob Newman, at the age of eighteen, was too young to buy beer in his home state of Texas, he simply created his own brew.

Mid-afternoon and all is quiet at Exeter’s historic Vine Lodge – until we disturb a crackle of black cockatoos that screech in protest and take flight. It’s an unexpected burst of activity in this peaceful spot, tucked away down a tree-lined driveway, yet still an easy walk to Exeter General store.

With its prime hilltop position, the Centennial Vineyards estate makes a grand first impression, surrounded by manicured gardens and perfectly aligned rows of vines. A few drops of rain spot the windscreen as we turn off Centennial Road, but clusters of sunny daffodils lining the driveway seem to brighten the day.

French Chic in the Highlands

It’s right on dusk when I pull up outside the St Eloi Guesthouse and a wintery chill is in the air. With its rich terracotta-coloured walls and weathered timber shutters, the property exudes French farmhouse charm beyond the rustic front gates. A blue and white street sign, IMPASSE ST-ÉLOI, a lovely translation of ‘no through road’, directs me to the visitors’ parking spot. This is one dead-end I am happy to discover.

If winning awards is anything to go by, the team at Tertini Wines set the bar high from the first release. Their 2006 Riesling picked up a gold medal, and ten years later, the same wine earned an enviable 97 points on wine guru James Halliday’s 100-point quality scale – this time as an aged Riesling.

Thirty years ago I landed a journalism cadetship of sorts doing research and admin for the star newsreader – a woman who was one of my earliest mentors and heroes. I was the greenest reporter in the television newsroom, and not in the environmental sense.

Within a year or two, the guard changed and a new crew of journalists sauntered in, full of attitude, many of them women.

An email popped into my inbox today with the subject line The Difficult Men’s Club. It was from a long time friend and included a photograph from her recent family Christmas celebration. In the picture is her partner, her brother-in-law, one of her sons, her ex-husband and her father. Only one of the men is smiling.